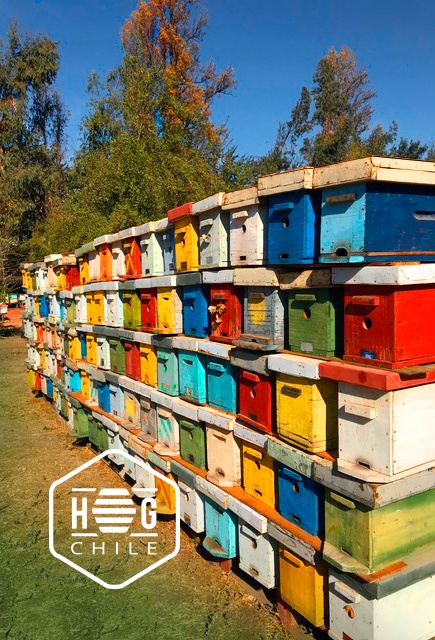 Honey has been used as a medicine since ancient times in many cultures and is still used in ‘folk medicine’. The use of honey as a therapeutic substance has been rediscovered by the medical profession in more recent times, and it is gaining acceptance as an antibacterial agent for the treatment of ulcers and bed sores, and other infections resulting from burns and wounds. In many of the cases in the cited reports, honey was used on infections not responding to standard effective in rapidly clearing up infection and promoting healing. Honey has also been found to be effective in treating bacterial gastoentertis in infants.

In the case of CHILE, we have some of the most valuables and pure honey´s of the world. Chile is a pristine country out of industrial focus then our forests and differents variaties of trees gave us an unique opportunity to have a very good product.

According a study from BIO MEDICAL Center from Ireland 2010 : “Comparison of the antimicrobial activity of Ulmo honey from Chile and Manuka honey against methicillin-resistant Staphylococcus aureus, Escherichia coli and Pseudomonas aeruginosa Orla “

Results: Initial screening with the agar diffusion assay demonstrated that Ulmo 90 honey had greater antibacterial activity against all MRSA isolates tested than manuka honey and similar activity against E. coli and P. aeruginosa.
The MIC assay, showed that a lower MIC was observed with Ulmo 90 honey (3.1% – 6.3% v/v) than with manuka honey (12.5% v/v) for all five MRSA isolates. For the E. coli and Pseudomonas strains equivalent MICs were observed (12.5% v/v). The MIC for artificial honey was 50% v/v. The minimum bactericidal concentration for all isolates tested for Ulmo 90 honey was identical to the MIC. Unlike manuka honey, Ulmo 90 honey activity is largely due to hydrogen peroxide production.

Conclusions: Due to its high antimicrobial activity, Ulmo 90 may warrant further investigation as a possible alternative therapy for wound healing

Other health Benefits of Honey

Avalaible from
March to May 2019

If you are interesting to something, about our products send us a mail to contacto@honeygroupchile.cl
call to +56.9.66074594
or from Skype pamelavaldes